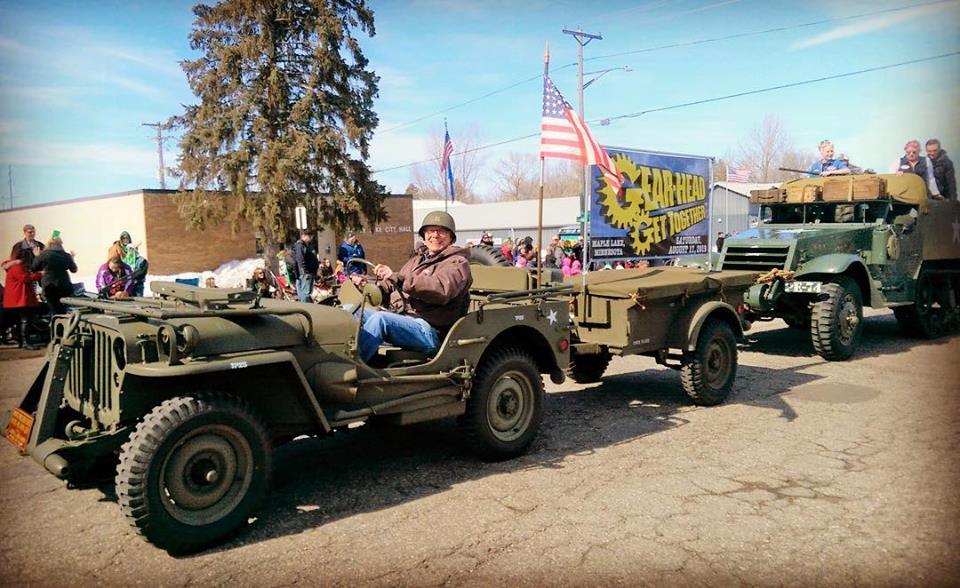 Becky and I went as ‘Rosie the Riveters’ to represent Gear-Head Get Together.

The Grande Day Parade began at 1:30 p.m. near the community park on Division Street.

Rosie the Riveter is a cultural icon of World War II, representing the women who worked in factories and shipyards during World War II, many of whom produced munitions and war supplies. These women sometimes took entirely new jobs replacing the male workers who joined the military.

Went out foraging for Mother's Day and picked some

Seed paste is one of my favorite things to make fo

These tasty little buggers are young ferns known a

Wild mushrooms have started popping up in my area.

Forest to feast! I went foraging for ramps today a

Veggie fajitas with a virgin raspberry daiquiri at

My youngest is making the house smell so nice with

My girls made these cute cupcakes today 🧁 #vega

Trying a new NA beer tonight 🍻 Dinner is an In

I thought this pickle slice I found at work was a