10 random facts about my marriage. 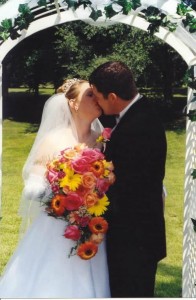 1.  I had a crush on Keith before I ever talked to him, I pointed to him when he was playing a game of basketball and said- “I am going to marry that boy” 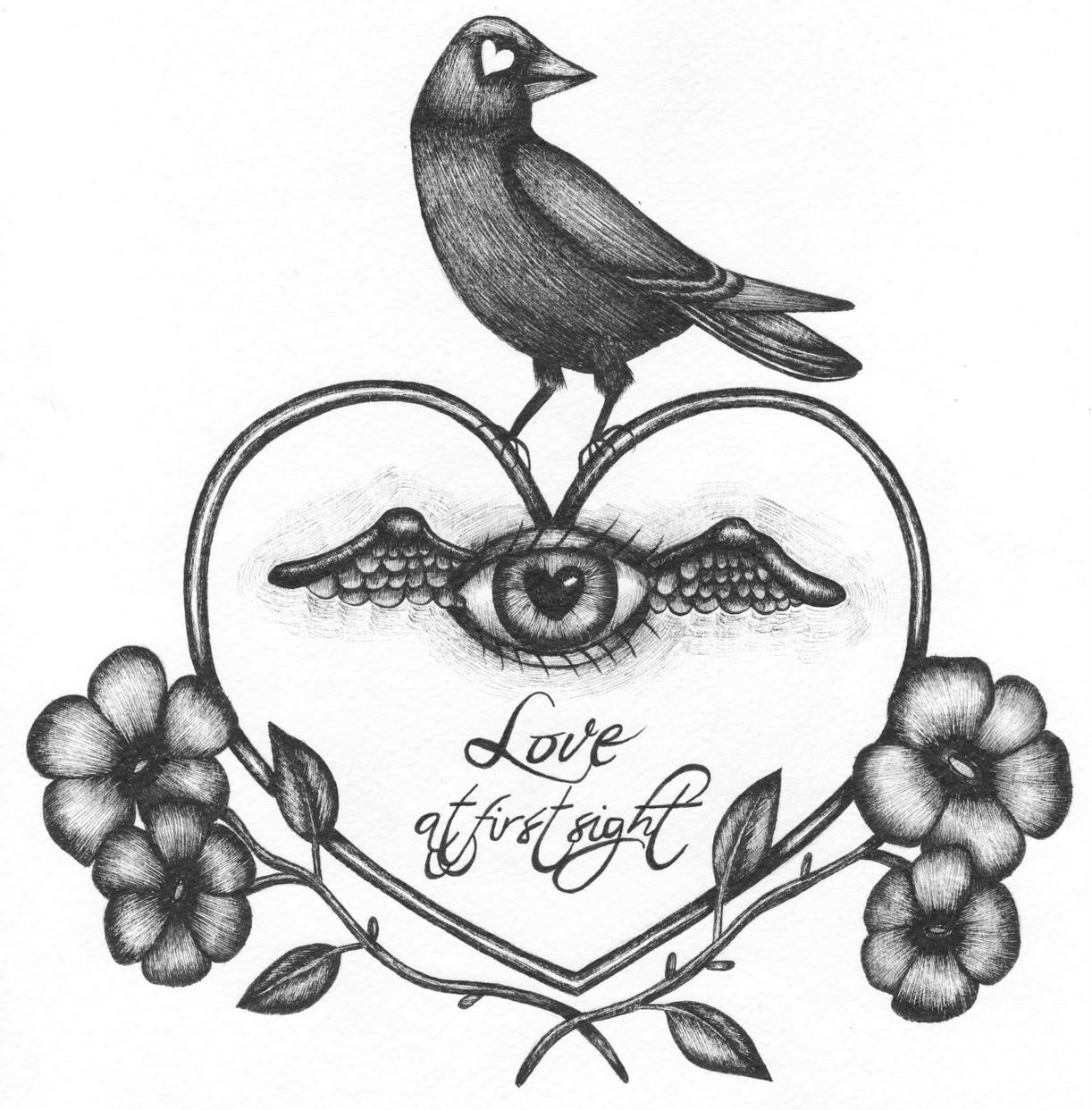 2.  My best friend at the time lived next door, she told me that her friends always crushed on her older brothers. Well, her friends obviously had good taste…  being my best friends brother and living next door made it far too easy to become obsessed. And oh boy, was I ever!

3. When I was 15,  Keith (20) asked me if I had a boy that I liked.  I was way too embarrassed to tell him that I was crazily obsessed with him …so I said “Yea, a really cute guy named Bob” pretty sure he knew that he was indeed Bob.  About 2 years later I gave him a shoe box plump full of poems, artwork, mixed tapes and “Bob” paraphernalia that I had collected and meticulously created.  Apparently it was a little over the top, because he burned it in fear of my unhealthy obsession with him.

4. I chased Keith for years before he asked me on a date at 17, it was a dream come true!!! I had applied for a job at his work and began working with him, he almost quit when he found out I got hired, after work one night we talked about life, my obsession, lust and love- he asked if I wanted to come over and watch a movie sometime.  We never really stayed apart much after that.  Most of my classmates were aware of my Bob infatuation- maybe it was the EYELOVE808 apparel I always wore 😉 bringing him as my date to senior prom was a great feat in my memory book! 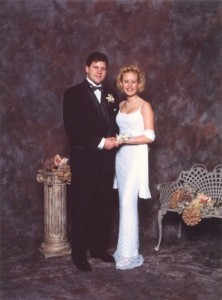 5.  Keith and I stayed together almost every night at his place in Monticello until we found out that we were expecting when I was 18, so scared but very happy to be starting a family together, we got an apartment in Albertville.  My pregnancy may have jump started a wedding however we both know that we would have gotten married eventually regardless. 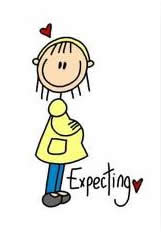 6. We got engaged on January 5th 2002 (my 19th birthday). Unfortunately, my 3 year old Dog- Lexi was hit by a car and killed that morning.   It was a very bittersweet day.  Keith made an elaborate vegetarian dinner- I cried pretty much all day thinking about my Lhasa Apso so I wasn’t hungry…  I had no idea he had been planning to ask me to marry him.  He put a bow in a box and when I opened it he said “place this bow on something you would like to keep forever”  with no hesitation I placed it on his head-  I STILL didn’t know he was proposing to me, he got down on one knee and asked if I wanted to keep him forever.  I didn’t believe it, I had to question if he was serious- once I had the ring on my finger and looked at the bow on his head I knew my dream of marrying “that boy” was going to be a reality. 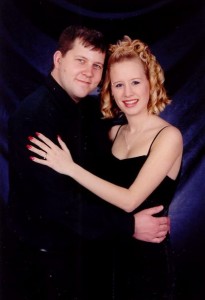 7.  We were engaged for about 6 months, not too much time to plan the wedding but it was beautiful- we did good!  On July 13th 2002 joined by many classmates, friends and family- Keith and I got married. My bridesmaids wore pastels- yellow, green, blue and pink.  I had multicolored daisies for our bouquets – it was a very pretty and HOT day in Hanover, Mn.

8.  A mere 3 weeks went by after our wedding and Alexis was born (Yes, I named her after my late dog)  This was the beginning of something beautiful!  How perfect that the grandparents are still neighbors too!!! 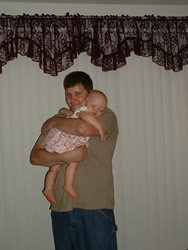 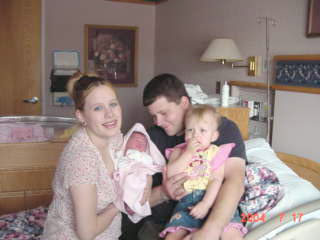 10. Marriage isn’t always easy, we have had our ups and downs in these 11 years of marriage, we grow by learning from each other every day.  I feel so lucky to have such a wonderful man in my life, such a great father and my “love at first sight” dream come true! ♥